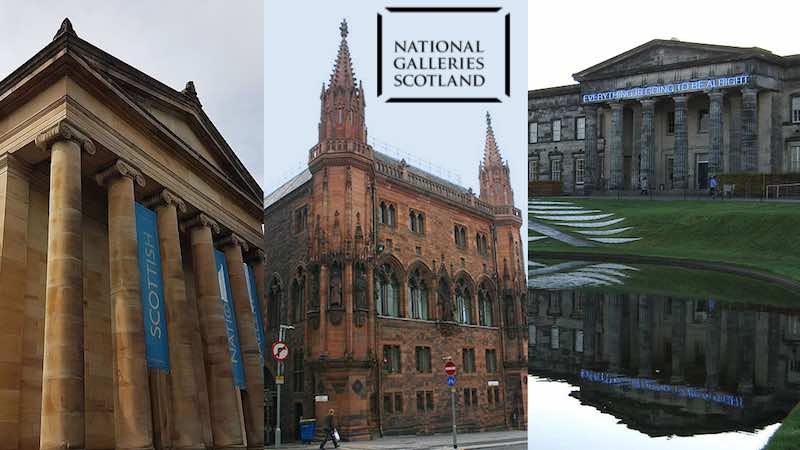 Protests by Edinburgh-based ‘BP or not BP? Scotland’ group in previous years have finally borne fruit as oil giant is booted

Statement made by National Galleries Scotland:

“The BP Portrait Award 2019 exhibition opens on 7 December at the Scottish National Portrait Gallery. At the National Galleries of Scotland we recognise that we have a responsibility to do all we can to address the climate emergency. For many people, the association of this competition with BP is seen as being at odds with that aim.

Therefore, after due consideration, the Trustees of the National Galleries of Scotland have decided that this will be the last time that the galleries will host this exhibition in its present form.”

BP or not BP? Scotland said:

‘It is extremely significant that yet another major Scottish cultural institution has dropped fossil fuel sponsorship, following the Edinburgh International Festival in 2015 and the Edinburgh Science Festival earlier this year.

‘This is a massive win for campaigners who have taken action against the BP Portrait Award being hosted in Scotland for several years. It sends a clear message that it is no longer socially acceptable to have links with the fossil fuel industry because of their continued role in driving the climate crisis and human rights abuses across the world.

According to Roxana Halls, an artist who has exhibited in the BP Portrait Award 5 times and who was one of the artists who joined Gary Hume in calling for an end to the BP branding:

‘This is a brave and difficult decision on the part of the Scottish National Portrait Gallery, one which cannot have been easy to take and which I applaud.’