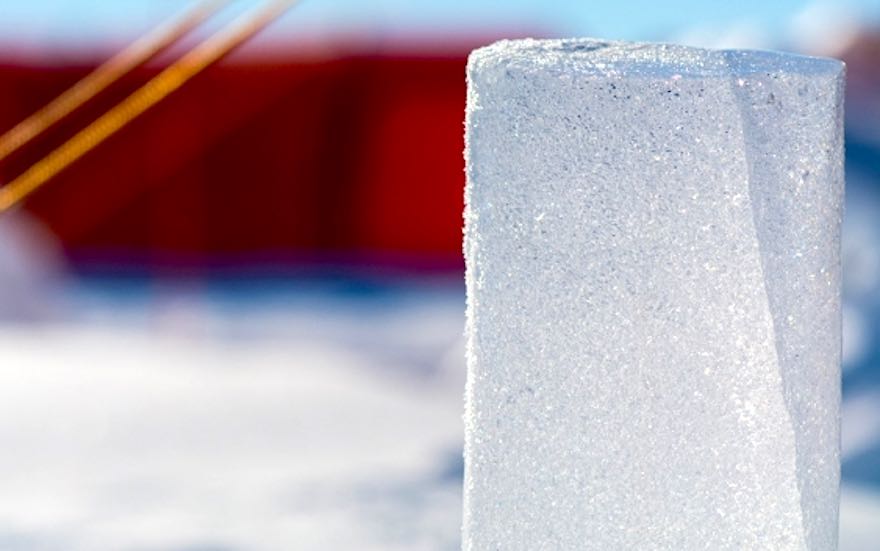 A melting of the Antarctic ice sheets would have far-reaching consequences for sea-level rise and coastal regions around the world. Based on new data from the Antarctic ice, an international team of scientists now reveals how the ice sheet reacted to rising temperatures in the past. Published in the US Proceedings of the National Academy of Sciences, their study using data from a blue ice field shows for the first time that the West Antarctic Ice Sheet already proved to be quite unstable during the last warm period 120,000 years ago. The Eemian warm period was the last phase of climate history with global temperatures similar to those that the world is heading towards due to manmade global warming in the coming decades.

Rising temperatures in the oceans caused the melting of Antarctic ice sheets 120,000 years ago and, as a result, extreme sea-level rise, according to the study led by Chris Turney of the University of New South Wales in Australia. Sea levels rose by more than 3 meters over several centuries. “Not only did we lose a lot of the West Antarctic Ice Sheet, but this happened very early during the Last Interglacial,” says Turney. “The melting was likely caused by less than 2 °C ocean warming – and that's something that has major implications for the future, given the ocean temperature increase and West Antarctic melting that’s happening today,” Turney says.

Through its sophisticated detective work analyzing data from climate history, the study confirms that the West Antarctic ice sheet is close to a stability tipping point. Earlier studies based on modern observational data and climate models had concluded that the tipping point has already been exceeded today and the ice sheet has become unstable.

"The better we understand the climate of the past, the better we can deduce what this means for the future. Here, the analysis of climate history reveals that we would probably completely lose the West Antarctic Ice Sheet in a two-degree Celsius warmer world," explains Stefan Rahmstorf of the Potsdam Institute for Climate Impact Research, one of the authors of the study. “While we may have triggered the collapse of the West Antarctic Ice Sheet already, the speed of the ice loss can still be limited by limiting global warming. Once more, this underlines the importance of the Paris Climate Agreement with the aim to keep global warming to well below 2 degrees Celsius, or better still 1.5°C."

Link to the press release by the University of New South Wales in Australia with more information:
https://newsroom.unsw.edu.au/news/science-tech/ancient-antarctic-ice-melt-increased-sea-levels-3-metres-%E2%80%93-and-it-could-happen