At a recent expert debrief of COP25 and the road forward to COP26 hosted by the International Institute for Environmental Development (IIED), Gabrielle Swabey, a researcher in the IIED’s Climate Change Group, highlighted that the world’s least developed countries (LDC’s) approached COP25 with high expectations that critical issues such as climate finance and greater equity in loss and damage policy would be resolved in a just way.

One issue with the Paris Agreement is that it is a top-down system where the big emitters and developed countries, who are the least (currently) impacted by climate catastrophe, are the ones who get to develop or derail policy.

The LDC’s who are suffering already from life-threatening impacts of climate change, have reduced influence on policy and are not being treated fairly for what they are being forced to endure. From this aspect, many are starting to call this a new wave of climate colonialism.

Examples of this were manifest at COP25 in Madrid where LDC’s were excluded from certain talks by the Chilean presidency, and where subjects relating to loss and damage were ignored.

This sense of purposeful exclusion was exacerbated by the amount of time that the COP overran, leading to many LDC negotiators not being able to change travel plans and stay on. In their absence, their red lines were ignored and the outcome swung in the favour of high polluting nations.

Also speaking at the IIED event was Head of Global Law Policy and Governance Programme, Anna Schulz, who made the point that the scale of mismatch between ambition needed in climate policy and what is currently manifest in the NDC’s under the Paris Agreement is widely known.

In 2019 we saw a swathe of civil society mobilisation taking to the streets demanding action in what can be seen as the start of a public awakening to the crisis we face.

Schulz pointed out that the downside is that policy achievements are woefully failing public demands. COP25 lacked ambition in every sense of the word. There was literally nothing there that gave hope to civil society who gathered to demand a survivable future.

Without signals from the COP, that adaptation, mitigation, loss and damage, protection of nature, and alleviation of poverty, are all being taken seriously, with evidence of policy following rhetoric, trust will only further erode, making the risk of failure for COP26 more likely.

Failure is not an option for Glasgow

A third speaker at the IIED, Nick Mabey, CEO of E3G, and an advisor to the UK Gov’s COP presidency, stated, “Failure is really on the agenda for Glasgow… If Glasgow fails, the Paris regime fails and we lose another 5-10 years building another regime. If we can’t show when we reduce the cost of renewables, clean energy and EV’s by ~60% since Paris, unexpectedly, that countries still won’t move their ambition, when for the same price for what they put on the table in Paris they can get a very significant amount of ambition, like the EU has put on the table… then really it shows that this fundamental risk we took in Paris with constructing this regime with this ratchet process, has failed.…. and that means that some people will really try and make sure that Glasgow fails.”

The truth of the matter is that we do not have time to start again on international diplomacy to try to stabilise the global climate. The Putins of this world know this and are working in concert with other high polluting nations like Australia and Brazil, who refused any flexibility on key positions that would create meaningful progress towards a safer future.

Reap what you sow

Tragically, the irony of Australia’s position on climate policy has been visible to the world in recent weeks as an estimated billion animals, as well as human lives, property and livelihoods have been destroyed.

In Jakarta, floods have decimated communities and taken more lives, and even here in the UK a few months ago, areas not that far from where the next COP will be found themselves underwater as floodwaters rose. Geographically the crisis is spreading across Africa in places like Zimbabwe and Zambia.

To think we can undo Paris and start again is a fallacy. Countries with a large inventory of fossil fuels like Russia, Australia and Saudi Arabia, are sowing discord and doing all they can to make Paris fail.

The anger of civil society seen in Australia, among many other countries, is totally legitimate. The Australian governmental response to this crisis that has impacts moving beyond their own national borders is woefully degenerate. Scott Robinson himself has been branded a climate criminal by IIED fellow, Bangladeshi scientist, Dr Saleemul Huq.

Journey to Glasgow has begun

At the IIED meeting, Clare Shakya, Director of IIED’s Climate Change Research Group, stated that mitigation ambition for COP26 will be locked in during the first 6 months of 2020. It's worth remembering that there is an intercessional meeting in Bonn in June where certain agendas are put to bed and others that project forward to COP26 are laid out.

What this tends to mean is that the silent bureaucrats who work on behalf of our collective nations will be pushing hard on their positions right now to lock in certain policy positions. Come the middle of the year, much of what you think might change will have already have been put down.

This raises the issue of who these people are acting on our behalf and whether their negotiating positions match up to the heartfelt desires and anxieties of the populations who are witnessing large-scale ecological and climate disaster?

On the flip side, it means the public can focus on a narrative that is realistic in the lead up to Glasgow. Clare Shakya says that this is better focussed on loud and clear calls for greater global funding for loss and damage, (separately) adaptation, and a focus to bring huge players like China into a more progressive arena, away from Russia, Brazil, et al.

Activists must demand transparency and accountability

It is no longer tenable that unnamed actors can decide our policy commitments while our own futures are gambled away in a game of ever-diminishing returns. Greater transparency means that the public must be integrated and aligned with what is being decided and who is doing their bidding.

Globally we should know the names of the people who represent us in these talks and have assurances that they are committed to acknowledging the concerns of citizens regarding climate safety.

The public awakening in 2019 will undoubtedly develop in 2020 into a larger and greater mobilisation, as citizens realise that national self-interest, underpinned by individual self-interest is destroying the Earth.

The UK is going into a very difficult presidency in Glasgow as the fork in the road could deliver a big win on meaningful action, or, a collapse of political will. To its’ strength, the UK has the largest number of diplomats, 115, working on climate globally, and has already set an ambition-target of +75%. The signals thus far are that the UK will be lobbying for loss and damage and climate aid.

Another strength is that the British people are now talking about climate change at every level from the child at school to the front-pages of our mainstream media outlets.

Nick Mabey suggests that foreign visitors to the UK for the COP will not have seen such levels of civil, institutional, media recognition and action in their own countries. This could provide insight into their next steps as they engage in collective national action on climate change.

That said, there are risks. Britain has elected a populist government who plays loose with the truth, as have many other nations in developed countries. Additionally, the US election will be decided at a similar time and will weigh heavy on the mood of the COP. Let’s expect the worse and plan accordingly.

Clare Shakya points out that when polluting countries play hard, we should not lower ambition to be inclusive but raise it higher and encourage those on the outside to join us, as this is the only way that we can rebuild our trust with LDC’s, or, G47 as they are now referred to.

The science that is meant to underpin these negotiations seems often to recede from view, as political action that moves us away from a safe future, triumphs. Added to this is the risk of pushing the climate system to a catastrophic phase of no return.

Perhaps this has already happened and we are beyond the threshold of safe climate change, or perhaps, this next year will deliver more impacts than we have yet thought possible. Whatever the answer to the worst-case scenario, each of us must be active in 2020 and be prepared to get outside of our own comfort zone and demand that collective interests trump national self-interests.

Nick Breeze is a climate change journalist & interviewer, an organiser of The Cambridge Climate Lecture Series, follow on Twitter at @NickGBreeze 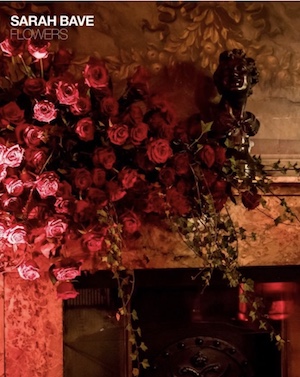